Episode 2: Alien Highway OR Roger and Michael Go to Area 51

by Taylor on March 1, 2021
26
0
previous article
Talk à Deux: Episode 22: Movie Club! Eddie the Eagle
next article
Episode 219: Horror of Fang Rock OR Something Nasty in the Coal Hole 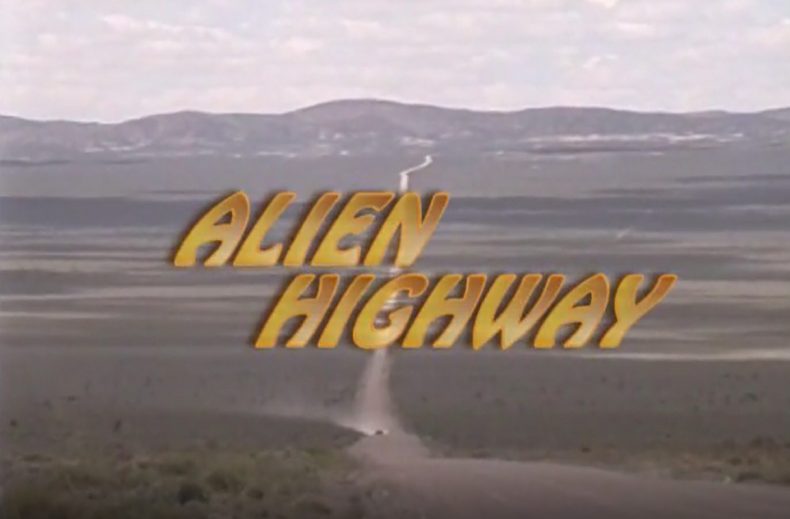 Two hours north of Las Vegas, in the high desert of what we like to call the Great American Southwest, lies a base that went unacknowledged for decades. That secrecy, combined with rumors, theories, and legends, created the myth that we know as Area 51. Whether it’s merely a CIA base that developed aircraft like the U-2 and SR-71 or whether we’re to believe the stories of Bob Lazar and others that alien technology is being reverse engineered there, Area 51 became a fixture in pop culture during the late 80s and early 90s.

In the mid-90s, filmmaker Roger Mexico and his friend Michael Brown captured a slice of UFO culture that feels almost quaint today. More than just a snapshot of believers and contactees, Alien Highway also preserves for us views of Area 51 that can no longer be accessed by the public because of government land grabs.

This month, we headed off the main road and driving up to the gates of Area 51 with a look at Alien Highway and a look back at UFO culture in the 90s.

SHOW NOTES
Buy Alien Highway from the Source!
The Dossier on the Ascension as mentioned by Ambassador Merlin
Glenn Campbell’s Website
The Medlin Ranch and Infamous Black Mailbox is For Sale
Read Seb’s Descent into the Archives

All Night with The Living Geeks: Episode 8: Numbers Stations OR Le Freq, So Chic!

by Taylor on September 1, 2021
Night of the Living Geeks · Click Here to Listen to All Night with the Living Geeks Episode 8: Numbers Stations OR Le Freq So Chic Imagine yourself in a dark room in the middle of the night. Your only source of light is the glow of the shortwave radio [...]

All Night with The Living Geeks: Episode 7: Dulce Base OR The Disinformation Society

by Taylor on August 1, 2021
Night of the Living Geeks · Click Here to Listen to All Night with the Living Geeks Episode 7: Dulce Base OR The Disinformation Society As the legend goes, 2.5 miles under the Archuleta Mesa outside Dulce, New Mexico exists a seven-level base that is a [...]

All Night with The Living Geeks: Episode 6: The Kelly-Hopkinsville Goblins OR Tin Cans Projecting into Your Mind!

by Taylor on July 1, 2021
Night of the Living Geeks · Click Here to Listen to All Night with the Living Geeks Episode 6: The Kelly-Hopkinsville Goblins OR Tin Cans Projecting Into Your Mind On the evening of August 21, 1955 in the tiny town of Kelly, just above Hopkinsville in [...]
Comments
Leave a reply