16
new
Episode 23: Tales from Mount Shasta OR Check Your Watches at 11,000ft
Episode 267: The Abominable Snowmen OR Slenderman’s Resting Smirkface
Episode 266: Daleks’ Invasion Earth 2150 A.D. OR Someone Set Us Up the Bomb
Episode 265: The Power of The Doctor OR When Does Ten Equal Fourteen?
Episode 22: Hellier Part Three OR The Poetry of It
Episode 264: Asylum of the Daleks OR Stir Eggs, 8 Min.
Episode 21: Hellier Part Two OR Doug’s Glorious Purpose
Episode 263: Resurrection of the Daleks OR And then More Murdering
Episode 262: The Keeper of Traken OR Leave It to Beevers
Episode 20: Hellier Part One OR The Midnight Kids Are Alright
Episode 261: Warrior’s Gate OR Mobile Suit Gundan Wing
Episode 260: State of Decay OR Immature Hominoid, Non-Hostile
Episode 19: Methods of Communication OR Third Eye Glasses
Episode 259: Full Circle OR The Marshmen Have The TARDIS
Episode 258: Meglos OR Brotadac’s Burgundy Dreamcoat
Episode 257: The Leisure Hive OR Copy! Paste! Pangol!

Episode 5: The Curious Case of Valiant Thor OR The Stranges Thing at The Pentagon 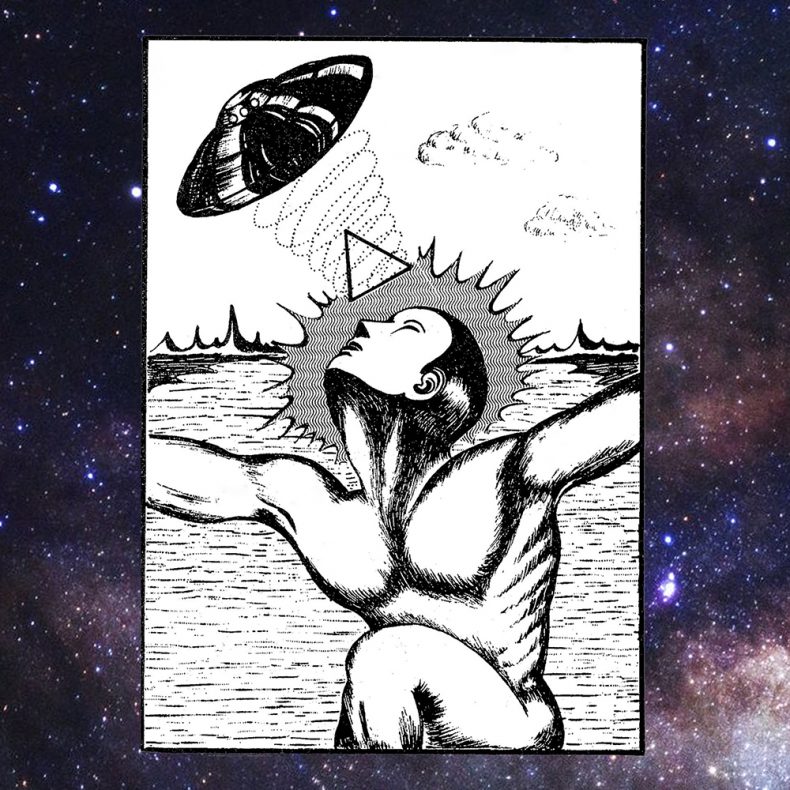 A UFO is beaming into the mind of a prone figure.
Contents

The story goes that on March 16th 1957, a Venusian named Valiant Thor landed on Earth and was taken to Washington DC. He met the president, vice-president, and a host of higher ups. He scored himself a three-year lease on an apartment at the Pentagon while trying to sell Eisenhower on his fairly Christian message of peace and galactic brotherhood. Sadly, Eisenhower was more worried about the American economy and rebuffed Val’s offer. But this wasn’t the last we’d hear of Val Thor.

In fact, we only know about Val because of a man named Frank Stranges: a reverend-doctor-maybe-FBI-guy-maybe-conman. We’re not really sure. And when we set out to start researching this topic, Seb found possibly the stranges…t thing of all: what appeared to be a reference to Valiant Thor from 1939! Nearly a full 20 years before Stranges claims Thor first came to Earth! What unfolded was our most researched episode to date. So settle in, grab a drink, and get ready for one weird trip!

All Night with The Living Geeks: Episode 23: Tales from Mount Shasta OR Check Your Watches at 11,000ft

All Night with The Living Geeks: Episode 22: Hellier Part Three OR The Poetry of It

by Taylor on November 1, 2022
Night of the Living Geeks · Click Here to Listen to All Night with the Living Geeks Episode 22: Hellier Part Three OR The Poetry of It Well, folks, we made it. Three months worth of looking at and exploring the Hellier documentary and the case surrounding [...]

by Taylor on September 30, 2022
Night of the Living Geeks · Click Here to Listen to All Night with the Living Geeks Episode 21: Hellier Part Two OR Doug’s Glorious Purpose This month we reach the halfway point in our three-part look at the Hellier case (so far!). In the first half [...]
Comments
Leave a reply