Turn in Those Slacks for a Death Mask. 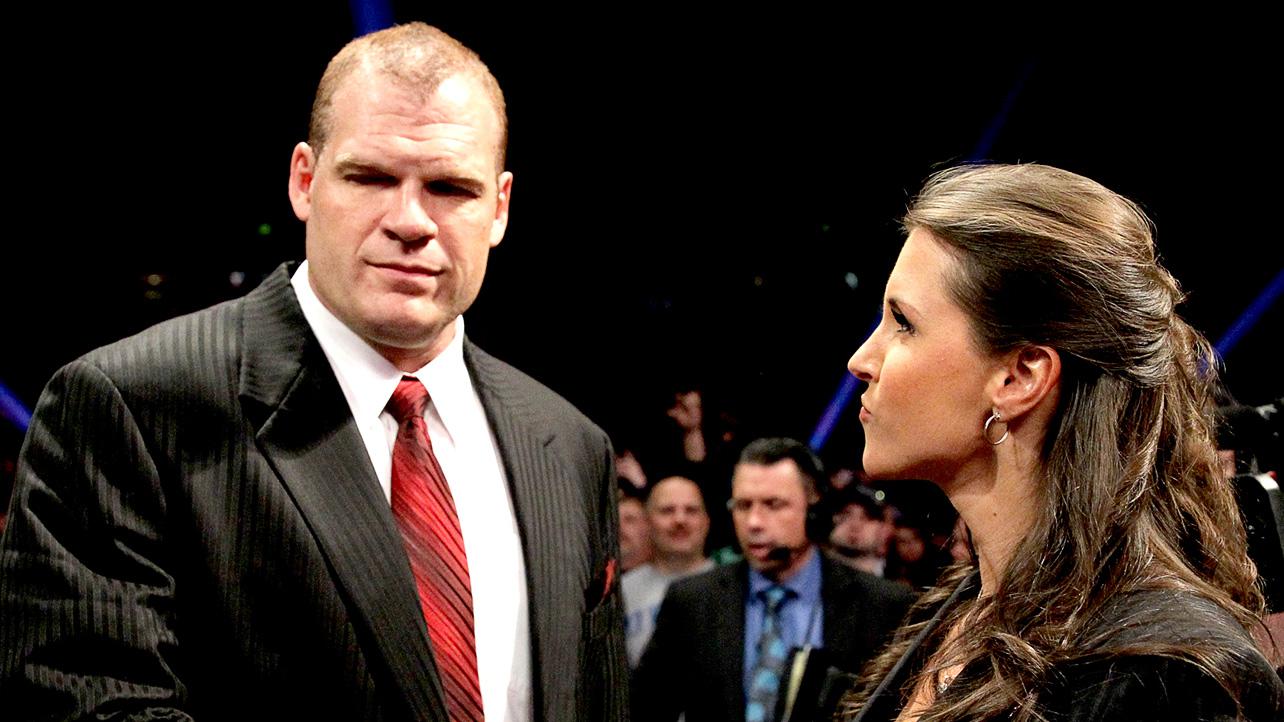 I remember when Kane was scary. Well, barely remember is probably a better way to put that. When he showed up at Hell in a Cell with Paul Bearer and tore the door off the Cell; that was scary. Every time his pyro hit and he would just destroy ANYONE simply to send a message to The Undertaker, or when he lit people on fire. Even the use of the Electrolarynx was creepy at first. Then, somewhere along the way, Kane lost all of that. He still uses the same entrance theme, but he’s begun wrestling in slacks. Slacks aren’t scary.

The path to making Kane relevant again leads straight through Bray Wyatt. In mid-2013 Kane was attacked by the Wyatt Family, setting up a short feud between himself and Bray Wyatt. They had a Ring of Fire match at SummerSlam, and Kane lost due to EVIL DEEDS and such. He was beat down and carried out by the Wyatt Family. Two months later, Kane returned in the Hell in a Cell PPV. He attacked both The Wyatt Family and The Miz; turned his mask over to Stephanie McMahon on RAW, and became Corporate Kane, effectively ending the Kane/Wyatt feud.

Corporate Kane (or as we at Tornado Tag Radio call him, Dad Kane) has never been, or probably never will be, interesting. Again, the man is wrestling in slacks. I don’t think it gets more boring than that. We were teased with Kane possibly losing his cool or even being fired from his Director of Operations role, but nothing ever came of it. He has a long-standing problem with Seth Rollins, which feels like it could boil over at any moment. Though, when he had the chance to actually do something about it, he once again sided with The Authority. Perhaps Kane hasn’t actually done anything about it so far because there’s something holding him back that we are not aware of.

Let’s play fantasy booker for a second, because why the hell not? When we last saw Kane, over two months ago, he was being carried away by Luke Harper and Erick Rowan. What the heck happened in those two months? Kane came back after that time away and just handed his mask over to Stephanie McMahon?! And that was that??

WHAT IF this entire time, Kane was a sleeper agent for Bray Wyatt? Basically biding his time until he wanted something… Say, a WWE World Heavyweight Title match? The Authority says no, Bray Wyatt snaps his fingers, and Kane finally becomes “active” again. Joining up with Bray Wyatt would do wonders for both Bray and Kane for numerous reasons.

For Kane, he would be doing the bidding of the wrestling version of Max Cady. It would give us, the viewers, the answer to what exactly happened during the two months Kane was gone. It would make Bray Wyatt look more powerful, almost Undertaker-like. The Kane character could once again become frightening because EVERYTHING would change; his look, his music, and he shouldn’t even say a word about it. When I think of Bray Wyatt’s Kane, I think of a Leatherface type character. Effectively, he would be Jacob Goodnight but with a different style mask and without all the murdering. We would see the return of a mask, but nothing like what we’ve seen before. Possibly something like a Napoleon death mask symbolizing the death of Corporate Kane and all his past nonsense, and as an added plus, it would be really fucked-up looking. No fake hair, no red and black, and no fire. Just a brooding monster wearing overalls who does everything and anything Bray Wyatt wants.

This would give Bray Wyatt something to do, because *insert comment about creative not knowing what to do with him*. It could go in various directions, and get to a point where Wyatt can no longer control what he created, becoming Victor Frankenstein in a way.

All I know is, Kane is only a name at this point and it’s time the WWE made it mean something again.

by Devo on December 4, 2014
Trailer Response GOOSEBUMPS. From the second John Boyega popped up to the moment the Millennium Falcon flies through the TIE Fighters, I had a full on raging nerd boner. And I’m sure, just like most of you with your raging nerd boners, I watched [...]

by Devo on November 10, 2014
As I’m still waiting on feedback from the first episode of The Probe Droid, in terms of which Star Wars game to start our reviews off with, I figured I should do my due diligence and provide a list of all of the Star Wars games TO DATE. I have this [...]
Comments
Leave a reply