by John Pingel on September 27, 2015
35
0
previous article
The Magician's Apprentice
next article
S30E01: Everybody Hates Vytas 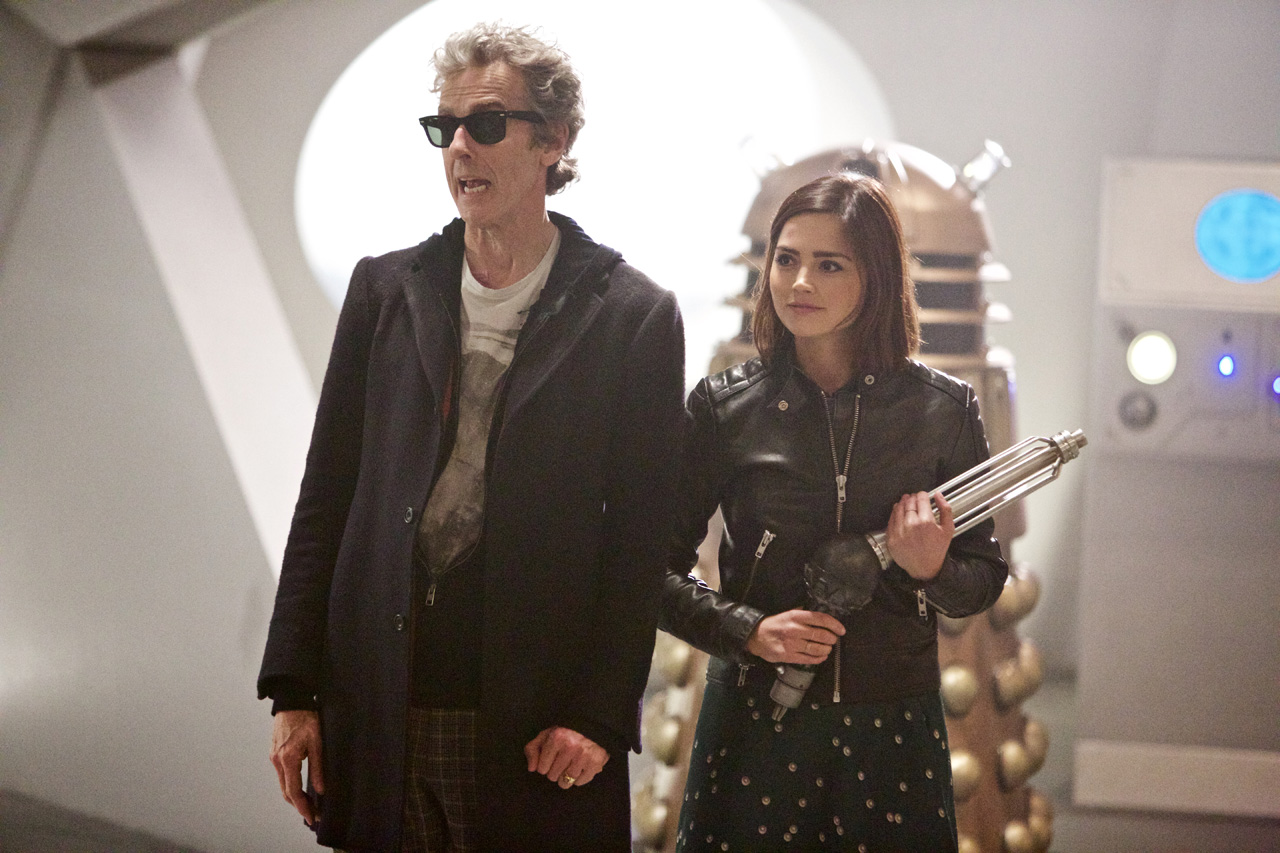 John and Taylor have hopped into their TARDIS and are ready to head to Skaro to review “The Witch’s Familiar”! How many answers did we get from the questions in “The Magician’s Apprentice”? Why are all the daleks leaking chocolate milk? Does Missy really have a daughter? Also: WHERE IS THE SONIC SCREWDRIVER(You might not like the answer to that one)?! Also, John finds a strange connection to a Batman comic and a scene in this episode. What is it? Take a listen, and find out!

Mentioned in this Episode:
Monty Python – Self-Defense Against Fruit
So What Really Happened At The End of “The Killing Joke”?

Podcastica: Episode 236: Dinosaurs on a Spaceship OR Weasley and Filch Meet Again!

by Taylor on October 20, 2021
Night of the Living Geeks · Click Here to Listen to Episode 236: Dinosaurs on a Spaceship OR Weasley and Filch Meet Again Well, we could have spent most of the episode discussing news of our impending 13th season of Doctor Who (that’s only two weeks [...]

Podcastica: Episode 235: Invasion of the Dinosaurs OR Curse Your Sudden But Inevitable Betrayal!

by Taylor on October 5, 2021
Night of the Living Geeks · Click Here to Listen to Podcastica Episode 235: Invasion of the Dinosaurs OR Curse Your Sudden but Inevitable Betrayal The Doctor and Sarah Jane return to present day London to find it basically empty, save for looters, UNIT, [...]

by Taylor on September 21, 2021
Night of the Living Geeks · Click Here to Listen to Podcastica Episode 234: The Visitation OR Iguana Melting Man This time we discuss the 5th Doctor story The Visitation! We go deep on the interpersonal dynamics on the TARDIS right now, marvel at a [...]
Comments
Leave a reply