16
new
Episode 25: Madlibs 3 The Rambunctious Side
Episode 243: Eve of the Daleks OR We Are Not Nick
Episode 12: Criswell Predicts! OR For We Are All Interested in the Future
Episode 242: The Vanquishers OR Sontaran Junk Food Junkies
Episode 11: Bob Lazar OR Paranoia and Paperwork in Las Vegas
Episode 24: Fruit Talk
Episode 241: Survivors of the Flux OR For Whom The Division Bell Tolls
Episode 240: Village of the Angels OR Everytime a Church Bell Rings
Episode 239: Once, Upon Time OR Tempus Fugit
Episode 238: War of the Sontarans OR These Boots are Gonna Wok All Over You
Episode 237: The Halloween Apocalypse OR We’re Going to Need a Bigger Flowchart
Episode 10: Sam the Sandown Clown OR Jimmy Hoffa was Abducted by Alien Nudists
Episode 236: Dinosaurs on a Spaceship OR Weasley and Filch Meet Again!
Episode 235: Invasion of the Dinosaurs OR Curse Your Sudden But Inevitable Betrayal!
Episode 9: The Queen Mary OR A Nice Shower, a Warm Bed, and Some EVPs
Episode 234: The Visitation OR Iguana Melting Man

The Time Meddler OR Head Bashings All Around!

by John Pingel on February 1, 2016
61
0
previous article
The Revolution Will Be Streamed!
next article
Barry Comes First 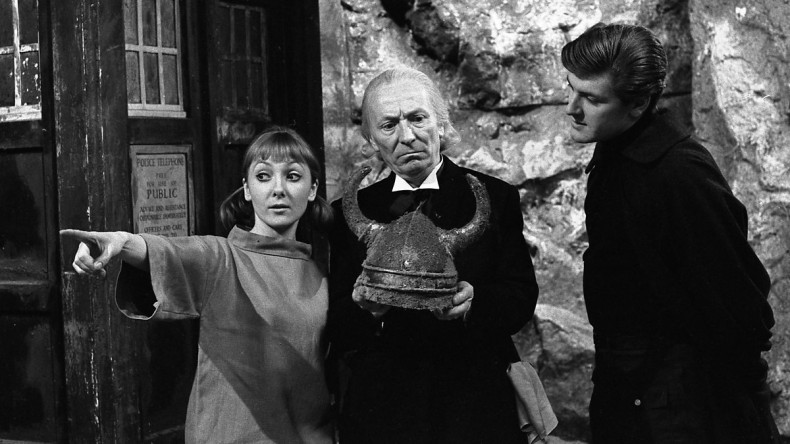 John and Taylor are back to talk all about the William Hartnell serial “The Time Meddlers”. Before they get to that, our duo must unfortunately talk about all the WHO NEWS that has bummed them out over the past two weeks. They talk about Steven Moffat’s departure, no new Doctor Who episodes until Christmas of 2016, and Doctor Who being removed from ALL streaming services. After they get the sadness out of the way, they move on to this week’s episode! They talk about first impression of the First Doctor, how monologues were used to move the plot along, the proper handling of neutron bombs, and The Monk! All this, and some fun announcements!

Mentioned in this Episode:
This Person Just Realized Doctor Who Was Set in Their House

Podcastica: Episode 243: Eve of the Daleks OR We Are Not Nick

by Taylor on January 4, 2022
Night of the Living Geeks · Click Here to Listen to Podcastica Episode 243: Eve of the Daleks or We Are Not Nick Friends! 2022 has already given us this little gem of an episode! That’s right, we loved Eve of the Daleks! Though we have one minor [...]

by Taylor on December 7, 2021
Night of the Living Geeks · Click Here to Listen to Podcastica Episode 242: The Vanquishers OR Sontaran Junk Food Junkies Our six-week long rollercoaster of a story has led us to this! The Vanquishers! Does it stick the landing? Well, we have a long [...]

Podcastica: Episode 241: Survivors of the Flux OR For Whom The Division Bell Tolls

by Taylor on November 30, 2021
Night of the Living Geeks · Click Here to Listen to Podcastica Episode 241: Survivors of the Flux OR For Whom The Division Bell Tolls Folks, we are barrelling toward the finale for Doctor Who Flux! Our penultimate episode, Survivors of the Flux gives us [...]
Comments
Leave a reply