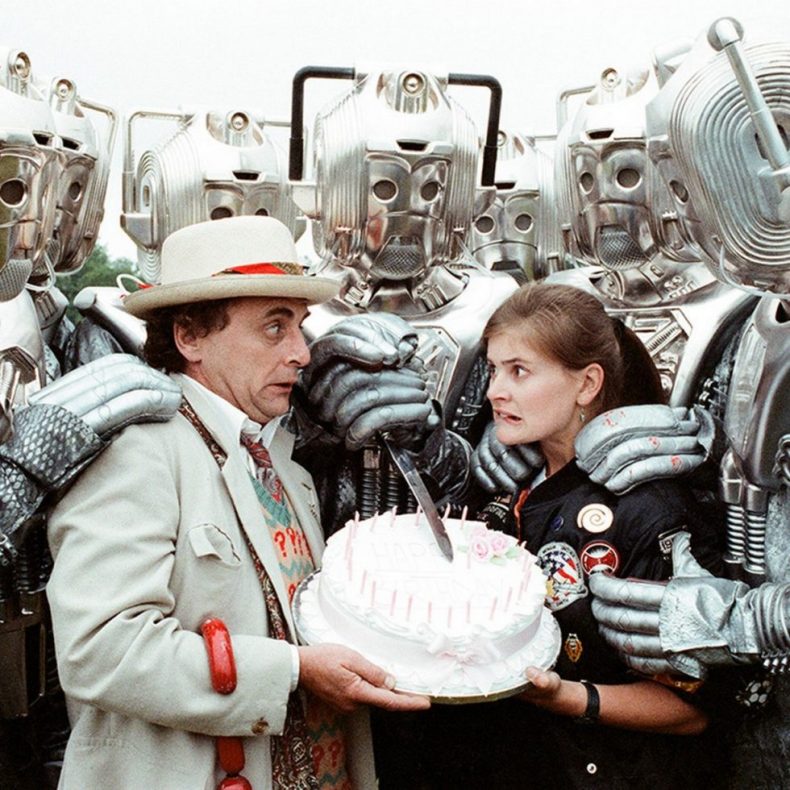 What do John and Taylor tackle after reviewing the 50th anniversary special and Peter Capaldi’s final episode? Well, it was another anniversary story, but how does Silver Nemesis stack up against other anniversary specials? Was a story involving three villains (Lady Peinforte, Nazis, and Cybermen) just too much for Classic Who to handle? And why do all dying Cybermen sound like they’re yawning and stubbing their toes at the same time? We talk about all that and more this time on Podcastica!!

Podcastica: Episode 191: Terminus OR Alignment Maneuvers in the Dark

by Taylor on May 26, 2020
Night of the Living Geeks · Podcastica Episode 191: Terminus OR Alignment Maneuvers in the Dark This is it, folks…we’ve reached TERMINUS. Not the end of the podcast, no that’s not for quite some time. Just the 5th Doctor episode that sees the [...]

Podcastica: Episode 190: Destiny of the Daleks OR I’m In a Glass Tube of Destruction

by Taylor on May 19, 2020
The Doctor and Romana find themselves, inadvertently, on Skaro centuries after he was last there (insert cross-reference to Genesis of the Daleks here). Both the Daleks and the Movellans (who appear to have escaped from a Buggles music video) are trying [...]

Podcastica: Episode 189: Carnival of Monsters OR Honey, I Shrunk The Doctor

by Taylor on May 12, 2020
Hot off the heels of his adventure with his prior two selves, The Doctor (along with Jo) land on the SS Bernice (not Metebelis 3, I promise you) in 1926. Well, sort of. The answer turns out to be far more bizarre as we meet Harry Sullivan’s doppelganger, [...]
Comments
Leave a reply