by Devo on December 18, 2014
165
1
previous article
These Are A Few Of Our Favorite Things Ft. Taylor Hoyt
next article
NXT > WWE 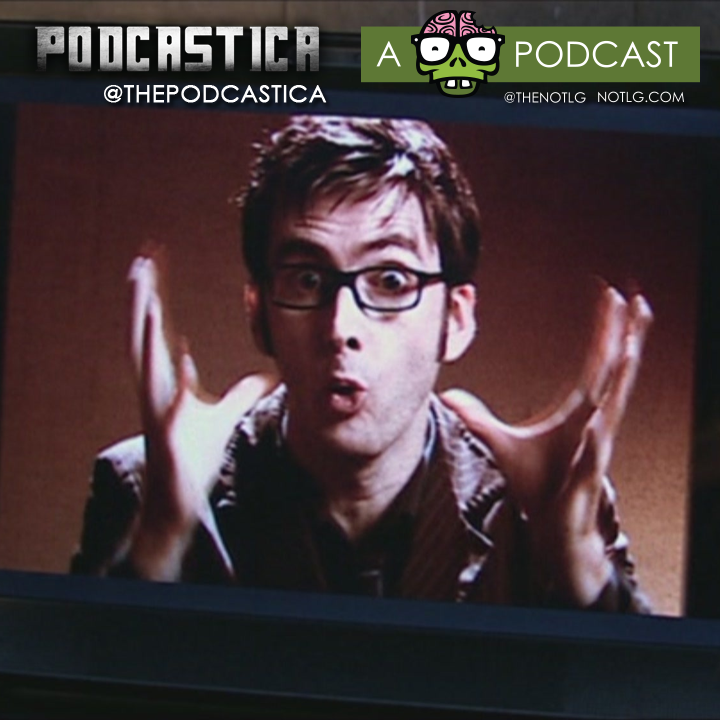 NOTE! This is a lost episode. You can listen to the recaptured version here!

This week John, Ernesto, and Taylor join forces to talk about the Tenth Doctor adventure “Blink”! This is said to be one of the scariest and most popular Doctor Who episodes of all time! Does the trio agree with this?

They also talk about their impressions of Martha Jones as a character in general, how other incarnations of the Doctor would fair in this episode, and if the lack of the Doctor hurt this episode. Also: Who do they think the Weeping Angels could actually be?

Podcastica: Episode 254: Planet of Fire OR Logar! Of the Hill People!

by Taylor on May 17, 2022
Night of the Living Geeks · Click Here to listen to Podcastica Episode 254: Planet of Fire OR Logar! Of the Hill People! Wowwee wow wow! Friends, before we get into PLANET OF FIRE, we have a ton of Who News to discuss because in the last two weeks [...]

Podcastica: Episode 253: Four to Doomsday OR Do Androids Dream of Overthrowing Tyrants?

by Taylor on May 3, 2022
Night of the Living Geeks · Click Here to Listen to Podcastica Episode 253: Four to Doomsday OR Do Androids Dream of Overthrowing Tyrants? FOUR TO DOOMSDAY! If the story Kinda has been our standard for bonkers episodes for years, it only stands to reason [...]

Podcastica: Episode 252: Legend of the Sea Devils OR Release the Myrka!