16
new
Episode 200: The War Games (Ep 1-3) OR We Lost Over 100 Shovels
Episode 240: Tommy Dreamer The Teenage Witch
I Know What You Podcasted Last Summer EP 32: Ringu (1998)
Episode 33: The X Files and BAXFEG Memories OR The Peeps are Out There
Episode 7: White Claw Taste Test
Episode 199: The Daleks (Ep 5-7) OR One Star, No Goblins
Episode 239: The One Where We Found Out Luchasaurus Isn’t A Dinosaur
I Know What You Podcasted Last Summer EP 31: A Tale Of Two Sisters (2003)
Tornado Tag Radio – Episode 238: The Life Aquatic with Andy Complains
Episode 6: Truth or More Truth
Episode 198: The Daleks (Ep 1-4) OR Please Scream Inside Your Hearts
Episode 197: The Unquiet Dead OR I Ain’t Afraid of No Gelth!
Soundtracks on the Sticks Episode 4 – Persona 4 Golden
Episode 5: BBQ Draft
Episode 32: LEGO Memories OR The Legendary Monorail Transport System
Episode 196: School Reunion OR Happy Slappy Hoodies with ASBOs and Ringtones

Episode 197: The Unquiet Dead OR I Ain’t Afraid of No Gelth!

by Taylor on July 7, 2020
6
0
previous article
Soundtracks on the Sticks Episode 4 - Persona 4 Golden
next article
Episode 198: The Daleks (Ep 1-4) OR Please Scream Inside Your Hearts 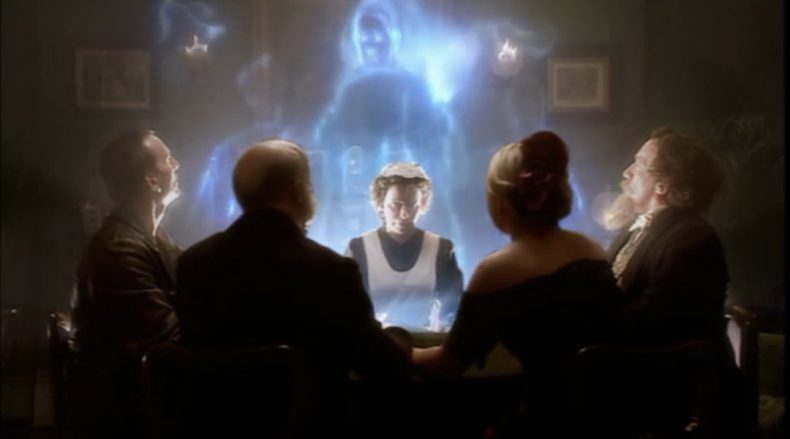 Night of the Living Geeks · Episode 197: The Unquiet Dead OR I Ain’t Afraid of No Gelth

The race to 200 begins with THE UNQUIET DEAD! With mere weeks to go until we hit our 200th episode, we review the 9th Doctor story that John would often tell friends “Yeah, you don’t have to see this one.” Well, he’s happy to admit he was wrong. The Doctor and Rose land in Naples…wait, no, sorry…Cardiff…in 1860! Wait…no, sorry…1869! On Christmas eve! At least that part is still correct. Just in time to catch Charles Dickens giving a live performance. Well, that wasn’t their goal, but nonetheless…they do show up in time a decent recreation of some scenes from Ghostbusters because a race of rather gaseous beings (no, not the Slitheen, they’re next week) are catfishing the humans into letting them rock up and take over! Be sure to share us with friends, give us a follow on the socials, and wear ya damn masks!

LINKS
Phillip Latham, who played President Borusa in The Five Doctors, has passed away at age 91
Earl Cameron, who played astronaut Glyn Williams in The Tenth Planet, has passed at age 102
Target Novels scheduled for this month have been pushed to March 2021
The audiobook of the 5th Doctor story Enlightenment is coming in September

by Taylor on August 4, 2020
Night of the Living Geeks · Podcastica Episode 200: The War Games (Ep 1-3) OR We Lost Over 100 Shovels Friends, listeners, we have reason to celebrate! Podcastica has reached episode 200!! And what better way to honor this blockbuster number than by [...]

Podcastica: Episode 198: The Daleks (Ep 1-4) OR Please Scream Inside Your Hearts

by Taylor on July 14, 2020
Night of the Living Geeks · Episode 198: The Daleks (Ep 1-4) OR Please Scream Inside Your Hearts The Doctor, Susan, Ian, and Barbara (fresh off their very first adventure together) land on a mysteriously deserted world, but the temptation of exploring a [...]
Comments
Leave a reply