Episode 217: Warriors of the Deep OR Missile Run Green Alert 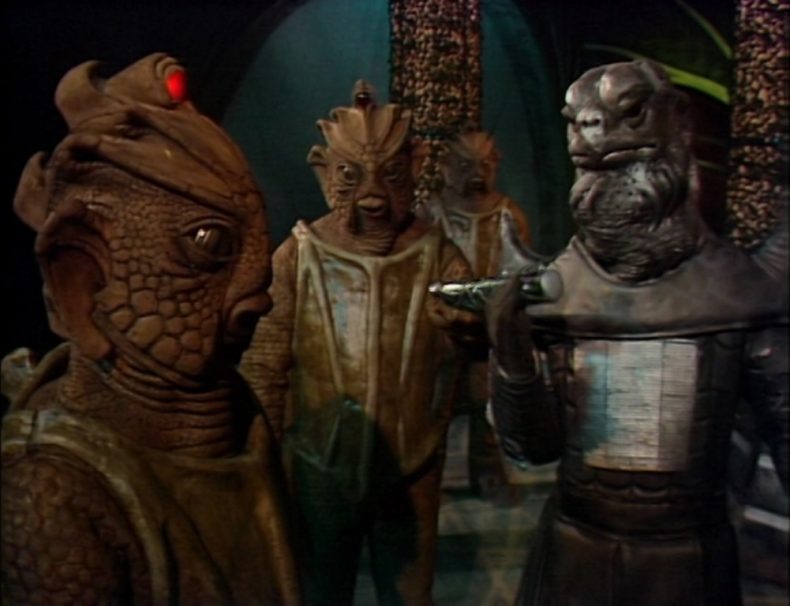 Night of the Living Geeks · Podcastica Episode 217: Warriors of the Deep OR Missle Run Green Alert

This time John and Taylor sit down to review the season opener for Season 21! Warriors of the Deep is a classic undersea base under siege tale with two of the slowest-walking, oddly talking monsters in Whovian history! And they’re taking advantage of a future Cold War to take back control of Earth! Can the Doctor, Tegan, and Turlough stop them? Will they fall prey to a panto sea monster?! Will they just end up the only ones standing, surrounded by the dead? Yeah, it’s a little dark in Warriors of the Deep!

SHOW NOTES
Get Ready because Season 24 is the Next to Get the Blu-Ray Treatment!

by Taylor on July 1, 2022
Night of the Living Geeks · Click Here to Listen to Podcastica Episode 257: The Leisure Hive OR Copy! Paste! Pangol! Up to now, we hadn’t done any stories from Season 18 shy of Logopolis and we were missing out! This time we look at The Leisure Hive [...]

by Taylor on June 14, 2022
Night of the Living Geeks · Podcastica Episode 256: Midnight OR Shamblebobbledibbledoodle Fourteen years ago today Midnight premiered and gave us an episode that, at the time, we weren’t all that impressed by. And now, in 2022, we revisit Midnight [...]

Podcastica: Episode 255: The Horns of Nimon OR Full Send Soldeed!

by Taylor on May 31, 2022
Night of the Living Geeks · Podcastica Episode 255: The Horns of Nimon OR Full Send Soldeed THE NIMON BE PRAISED! It’s a new episode of Podcastica!! That’s right, this time we get an absolute masterclass in overacting from Soldeed as he works [...]
Comments
Leave a reply