16
new
Episode 253: Four to Doomsday OR Do Androids Dream of Overthrowing Tyrants?
Episode 16: Mothman! OR The Highest Strangeness
Episode 252: Legend of the Sea Devils OR Release the Myrka!
Episode 251: The Hand of Fear OR Eldrad and The Ring Pop of Power!
Episode 15: When Indrid Met Woody OR Pink Hot Rods from Outer Space
Episode 250: The Krotons OR A Lighthearted Fogging!
Episode 249: 1963: Fanfare for The Common Men OR Heeey! I’m Managin’ Here!
Episode 248: The Web of Fear OR Big Hulking Fluffy Monsters with Guns!
Episode 14: The Men in Black OR This Ain’t No Will Smith Joint!
Episode 247: Gallifrey One Day Two Coverage!
Episode 246: Gallifrey One Day Zero and Day One Coverage!
Episode 245: Galaxy 4 OR Doctor Who versus The Roombas
Episode 13: The Loveland Frogman
Episode 244: Evil of the Daleks OR Everything Blows Up!
Episode 25: Madlibs 3 The Rambunctious Side
Episode 243: Eve of the Daleks OR We Are Not Nick

I Know What You Podcasted Last Summer EP 40: Willy’s Wonderland (2021)

by Mary on April 30, 2021
65
0
previous article
Episode 223: Nightmare in Silver OR Delights, Delicacies, and Death!
next article
Episode 4: Ghosts OR This Episode is Cursed! 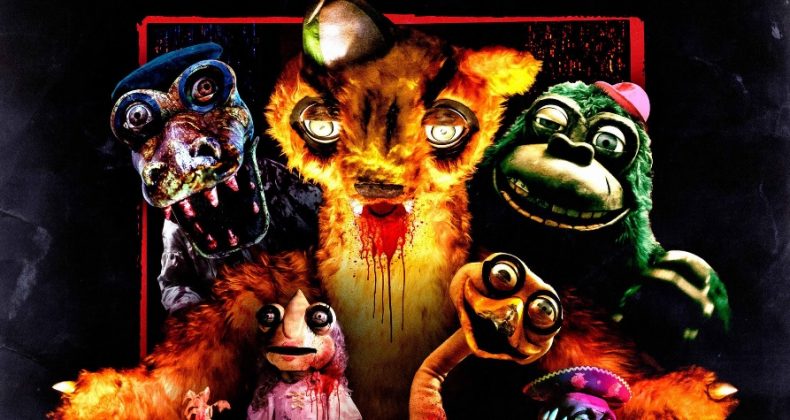 Nobody loves birthdays like the folks at Willy’s Wonderland, the titular children’s entertainment center featured in this month’s movie.

Closer to Five Nights at Freddy’s than Chuck E Cheese, Willy’s Wonderland has been shut down for years while the joint’s band of animatronic animals gathers dust on the stage. A nameless, silent drifter might be able to revive Willy’s if he can stay overnight and clean up behind the building’s locked doors. At the same time, a gang of stock teens led by a kerosene-wielding delinquent named Liv are hoping to put a stop to Willy’s shenanigans for good.

There’s plenty of satanic panic, robot spines, and terrible dialogue to discuss on the latest episode of I Know What You Podcasted Last Summer! Don’t forget to take plenty of breaks, stay hydrated, and don’t eat anything you find in the Super Happy Fun Room.

by Mary on May 29, 2021
A broken family. Secluded forests. A demon watching from the shadows… On the latest episode of IKWYPLS, we head deep into the woods for Jordan Graham’s Sator. Our hosts tell you what they liked, what they didn’t, and ponder the nature of [...]

by Mary on March 29, 2021
Still feeling those stuck-in-your-house, pandemic-based blues? Well, the IKWYPLS crew is here to double-down on those vibes with a double-feature episode: 2007’s Rec and the 2008 remake, Quarantine! We dig into what we liked and what we didn’t [...]

by Mary on February 15, 2021
Here comes the IKWYPLS crew once again, creeping in all silently with another spooky movie – and with another Bay Area connected movie as well… In this episode, we dive into 1980’s The Fog! We’ve got small town secrets, familiar faces, [...]
Comments
Leave a reply