Episode 152: Snakedance OR A Side of Mara-Nara Sauce 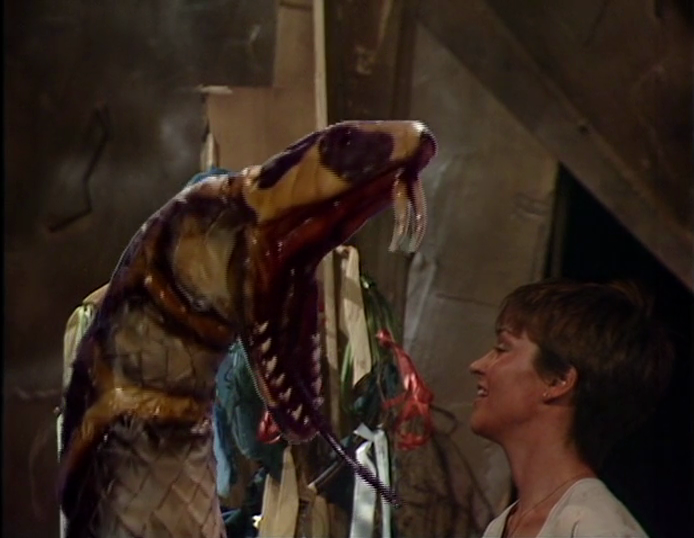 The Mara, done chillin’ in the recesses of Tegan’s mind, sets our team on an adventure to Manussa where he’s/it’s (I double checked its gender) determined to return to full strength in a move worthy of Voldemort. However, all it’s armed with (pun…snakes have no arms) is a ritual and a crystal stolen from the hood of an 84 Chrysler LeBaron convertible.

John and Taylor are back to review the 5th Doctor story Snakedance! Originally suggested by friend-of-the-show Mike, it was feared this might be a trap of pure bonkers. Instead, John found himself completely under the spell of the Mara and completely loved this story. Will you be equally enamored? You’ll have to listen to find out!

LINKS
As far as Matt Smith knows, he’s not actually in Star Wars IX
Matt is playing Charles Manson and hoo boy is it creepy!
Intl Women’s Day has come and gone, but Big Finish had a great release to honor it
Bookwyrm, an unauthorized guide to Doctor Who novels is out now!
Big Finish is bringing First Doctor companion Katarina back from the dead

by Taylor on August 9, 2022
Night of the Living Geeks · Click Here to Listen to Podcastica Episode 260: State of Decay OR Immature Hominoid, Non-Hostile State of Decay may seem like another chance for the BBC to pull out its Shakespearean era costumes and give them some exercise, [...]

Podcastica: Episode 259: Full Circle OR The Marshmen Have The TARDIS

by Taylor on July 27, 2022
Night of the Living Geeks · Podcastica Episode 259: Full Circle OR The Marshmen Have the TARDIS Well, they can’t all be stellar, but we always try to find the elements we like best in a Doctor Who story. That’s the case with the opener to the [...]

by Taylor on July 12, 2022
Night of the Living Geeks · Click Here to Listen to Podcastsica Episode 258: Meglos OR Brotadac’s Burgundy Dreamcoat While trying to repair K9, The Doctor and Romana find themselves in a time loop set up by an evil cactus named Meglos who has [...]
Comments
Leave a reply