by Devo on January 15, 2015
46
3
previous article
One Night at Jakie's
next article
Segment Inception 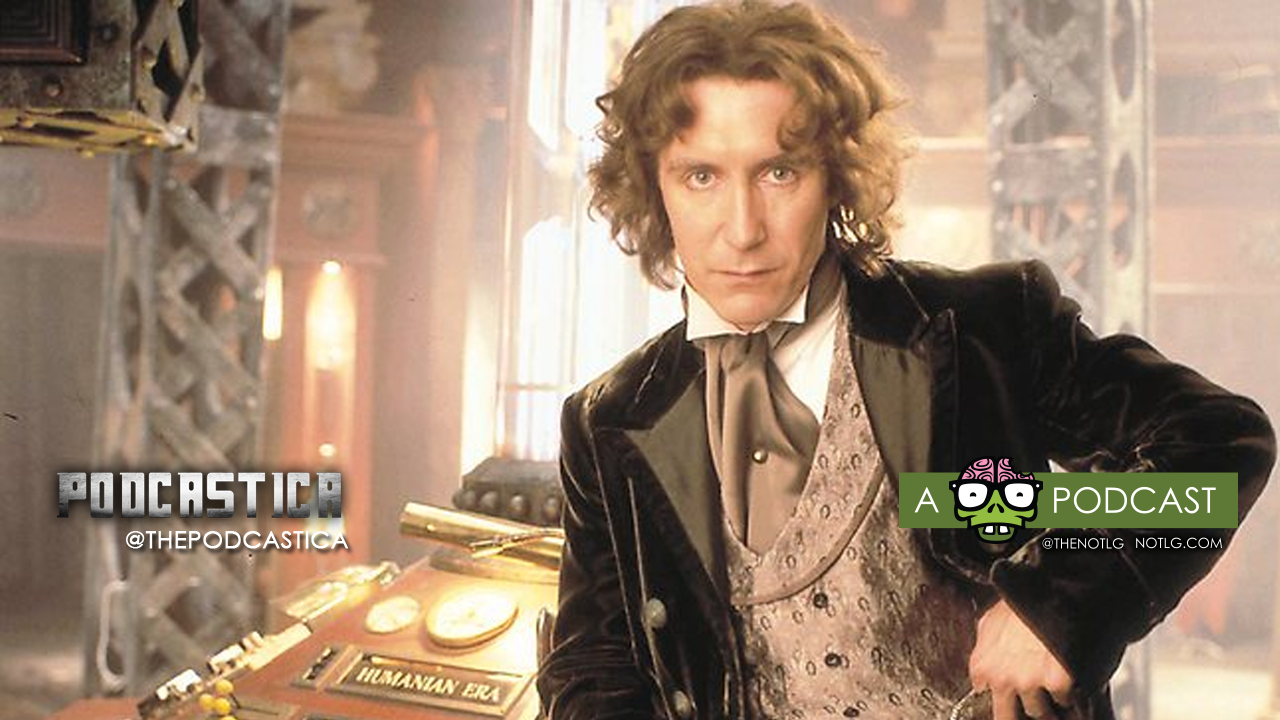 NOTE: This is a lost episode! To listen to our re-capture, click here!

This week on PODcastica, Taylor joins John as they discuss the 1996 Doctor Who television movie! Up until a couple of years ago, this was the only filmed material of Paul McGann’s Doctor that was made. What did they think of this movie overall? Are the surprised that this did not reboot the series? What did they think of Eric Roberts (Yes, THAT Eric Roberts) as The Master?

Also, they touch upon the BIG FINISH audio adventures, and why they are important to Paul McGann’s legacy as The Doctor! They also announce the next Doctor Who episode they will be reviewing!

Podcastica: Episode 263: Resurrection of the Daleks OR And then More Murdering

by Taylor on September 20, 2022
Night of the Living Geeks · Click Here to Listen to Podcastica Episode 263: Resurrection of the Daleks OR And then More Murdering LONDON 1984! Apparently a bleak hellscape in which the Daleks have a team of mercenary human clones (with helmets we’re [...]

Podcastica: Episode 262: The Keeper of Traken OR Leave It to Beevers

by Taylor on September 6, 2022
Night of the Living Geeks · Click Here to Listen to Podcastica Episode 262: The Keeper of Traken OR Leave It to Beevers Well, this time we finally can mark Season 18 off our checklist (because we reviewed Logopolis a while ago…go check it out) with The [...]

by Taylor on August 23, 2022
Night of the Living Geeks · Click Here to Listen to Podcastica Episode 261: Warrior’s Gate OR Mobile Suit Gundan Wing This time we round out the E-Space Trilogy and nearly all of Season 18 with Warrior’s Gate! While we’re not over the [...]
comments
Leave a reply