Episode 250: The Krotons OR A Lighthearted Fogging! 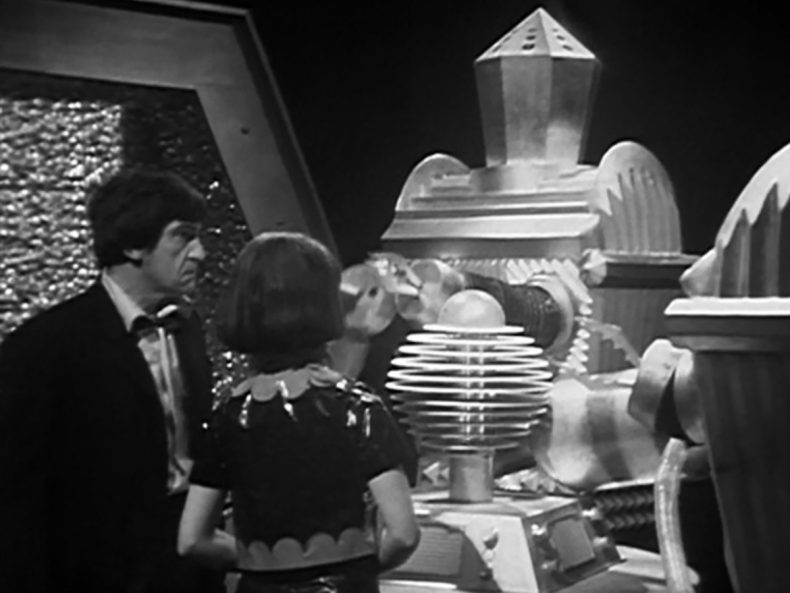 Night of the Living Geeks · Click Here to Listen to Podcastica Episode 250: The Krotons OR A Lighthearted Fogging

EPISODE 250, PEOPLE! Who’d have ever thought we’d make it this far! This time around we watch The Krotons (which were designed to replace the Daleks as the Doctor’s main enemy…you’ll see why that didn’t work out). The Doctor, Zoe, and Jamie land on a rather stinky planet. Mainly, that’s because of the sulfur content, but it’s also stinky because for over a thousand years the locals have been ruled over by The Krotons! See, the Krotons have a machine that, well, it needs brains! Kinda weird, we agree, but our TARDIS team shows up just in time to be part of an uprising amongst the locals that doesn’t quite go the way you’d expect. After a bit of a chemistry lesson, The Krotons are defeated and dissolved like the crystalline candy they sort of look like!

SHOW NOTES
SFX Magazine reveals that the Sea Devils in the Easter Special dress and act as pirates!
Cover, cast, and story details have dropped for Big Finish’s Brig Bambera stories
Eric Roberts to return as The Master for another Big Finish set
Kenneth Ives, who played Toba in The Dominators, has passed at age 87

by Taylor on July 1, 2022
Night of the Living Geeks · Click Here to Listen to Podcastica Episode 257: The Leisure Hive OR Copy! Paste! Pangol! Up to now, we hadn’t done any stories from Season 18 shy of Logopolis and we were missing out! This time we look at The Leisure Hive [...]

by Taylor on June 14, 2022
Night of the Living Geeks · Podcastica Episode 256: Midnight OR Shamblebobbledibbledoodle Fourteen years ago today Midnight premiered and gave us an episode that, at the time, we weren’t all that impressed by. And now, in 2022, we revisit Midnight [...]

Podcastica: Episode 255: The Horns of Nimon OR Full Send Soldeed!

by Taylor on May 31, 2022
Night of the Living Geeks · Podcastica Episode 255: The Horns of Nimon OR Full Send Soldeed THE NIMON BE PRAISED! It’s a new episode of Podcastica!! That’s right, this time we get an absolute masterclass in overacting from Soldeed as he works [...]
Comments
Leave a reply