by Beatrice on August 9, 2017
46
0
previous article
LHAS024 – MOBLIE SUIT GUNDAM: THE ORIGIN: BLUE-EYED CASVAL (PART ONE)
next article
I Know What You Podcasted Last Summer EP3: Night Of the Living Dead (1968) 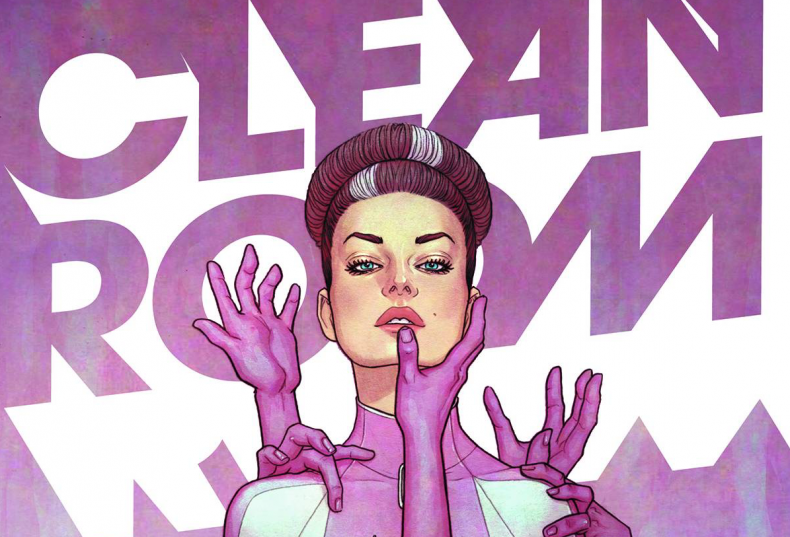 The Girls are headed back into the dark and deeply twisted world of CLEAN ROOM, created by Gail Simone and Jon Davis-Hunt… As Chloe continues to pull at the threads tying her fiancee’s suicide to Astrid Mueller and her group of followers, Astrid has sequestered herself within the walls of the clean room itself, face to face with a creature hiding inside a dead man’s skin. While it’s obvious Astrid and these beings are opposing forces, what their motivations might be, and what either side’s victory might eventually mean for the future of the rest of humanity, remains to be seen.

What are those creatures? Aliens? Demons? Xenomorphs? What was really on that tape Phillip watched? And would you watch it?

Join us as we discuss all of those things, and whether or not Monica is 1/16th of a doctor, on this week’s Previously On!

You can also check out all our previous episodes on iTunes!

And did you know we have a Patreon page now?

by Beatrice on May 16, 2019
Girls Interrupting and Bam! Pow! TV! teamed up this week to talk about Avengers: Endgame, the latest film from the MCU and the capper of a 22 movie event. Listen in as we discuss this 3 hour behemoth in detail – this is not a spoiler free podcast 😉

by Beatrice on March 21, 2019
Get your engines warmed up kiddos, we’re back to the races with MOTOR CRUSH! Written by Brenden Fletcher and illustrated by Cameron Stewart and Babs Tarr, we’re back to finish up Volume One this week. Dominic Swift loves to race, and hopes [...]

Girls Interrupting: Let’s Get in the Coffin and Save Ourselves

by Beatrice on March 7, 2019
We’re diving back into the gorgeous and terrifying world of MONSTRESS, brought to us by Marjorie Liu and Sana Takeda. This book is a densely-packed dive into a society built on magic, slavery, and brutal control. It should go without saying that the [...]
Comments
Leave a reply